The King Abdulaziz Center for World Culture is designed to take your breath away. The sprawling complex in Dhahran, Saudi Arabia, contains a document archive, library, learning center, art and history museum, and performing arts facility, among other features.

The total space covers square footage equal to 10 soccer fields. The 217 miles of stainless steel architectural tubing on the facility, if laid end to end, would nearly cover the distance from Dhahran to the Saudi Arabian capital of Riyadh. And every square foot of the facility needs ventilation — in some cases, starkly different forms of ventilation and air quality controls from section to section. That was the challenge facing Air Enterprises when engaged for the project.

The project was funded by Saudi Aramco, the national oil company of Saudi  Arabia, they were looking to construct a complex that would both celebrate and contribute to the social and intellectual progress of Saudi Arabia and its people. The complex is located very close to the site of the first oil-producing well in Saudi Arabia.

Saudi Aramco asked Air Enterprises to assist in developing the final engineering and design prospectus for the HVAC. Air Enterprises had done other work for Aramco’s research facility, and they had been impressed with the results. They had confidence that Air Enterprises could find solutions for this project, even with its incredible size and scope.

Maintaining constant, precise air quality is difficult even in a temperate climate with mild conditions, but Dhahran is far from that. Situated on a seam between the Arabian Desert and the marine climate of the Persian Gulf, Dhahran is subject to both blistering desert heat and wilting humidity. 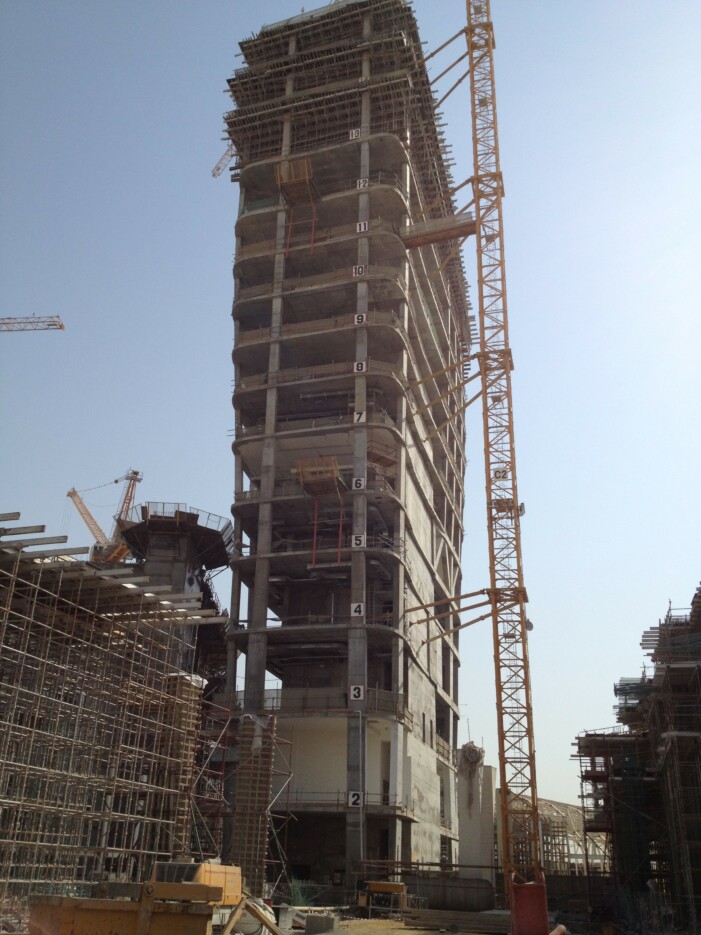 It’s not the dry desert you might expect it’s both high temperature and high humidity. In that environment, adapting the outside air for the required ventilation needs of the building is a big challenge. It requires a great amount of energy to treat the outside air. Adding to the complexity of the project, Saudi Aramco aimed to construct a “green” building with limited energy consumption and a high level of sustainability.

Because it is such a high-profile, iconic facility for their country, there was a major push for all forms of efficiency and energy sustainability. Air Enterprises had some experience working with Saudi Aramco in that climate, with those types of conditions and expectations, so we were able to engineer some creative solutions.

One of the main energy-saving features Air Enterprises utilized was a thermal energy recovery wheel. In cooling systems, an energy recovery wheel utilizes rotating honeycomb-shaped air pockets to absorb and dissipate heat from the outside air, cooling it and reducing the humidity before introducing it to the air conditioning system, where it undergoes final cooling and conditioning before entering the building’s occupied space.

It was one piece of technology to help minimize energy consumption in the facility.

Air Enterprises wasn’t the original supplier/designer of the center’s HVAC system. The company was called upon by Saudi Aramco to improve upon the initial design, to make it more efficient and effective.

That meant that Air Enterprises joined the project after construction had started, meaning the company had to retrofit the design, and devise creative ways to install the new components into sections of the center that had already been built.

Air Enterprises utilized its SiteBilt® process to deal with the logistical challenges of shipping products halfway around the world and installing them into an existing structure.  Air Enterprises manufactured the casing panels, structural base and other sub-assemblies, and then took all of those parts and crated them for shipment. There were 81 air handlers on the project, which took 75 shipping containers to transport the SiteBilt® units via ocean freight to the site. The units were then final assembled at the job site.

In most instances, large components such as air handling units are assembled at the company’s Akron plant, as shipping and installing preassembled components provides the quickest and most efficient means of completing a job. But some jobs aren’t well suited for  the shipment and installation of ready-made components, and in those cases, SiteBilt® provides an ideal alternative.

It’s an alternative in situations where you might have rigging access limitations, crane issues and other jobsite challenges. At the King Abdulaziz Center worksite, they received the materials, assembled the air handlers and performed final testing without disrupting the completed portion of the building structure.

Air Enterprises supervised the final assembly and installation of the air handlers, although Saudi Aramco’s workers performed the actual work, due to their intimate knowledge of the building construction.

In a harsh climate like that of Dhahran, construction materials play a critical role in the life of building components. That’s another reason that Saudi Aramco sought out Air Enterprises to complete the HVAC work on the King Abdulaziz Center.

Air Enterprises fabricates its components from aluminum, which doesn’t rust and is resistant to other types of corrosion and deterioration. The durability of aluminum makes it an ideal material for use in extreme heat and humidity. 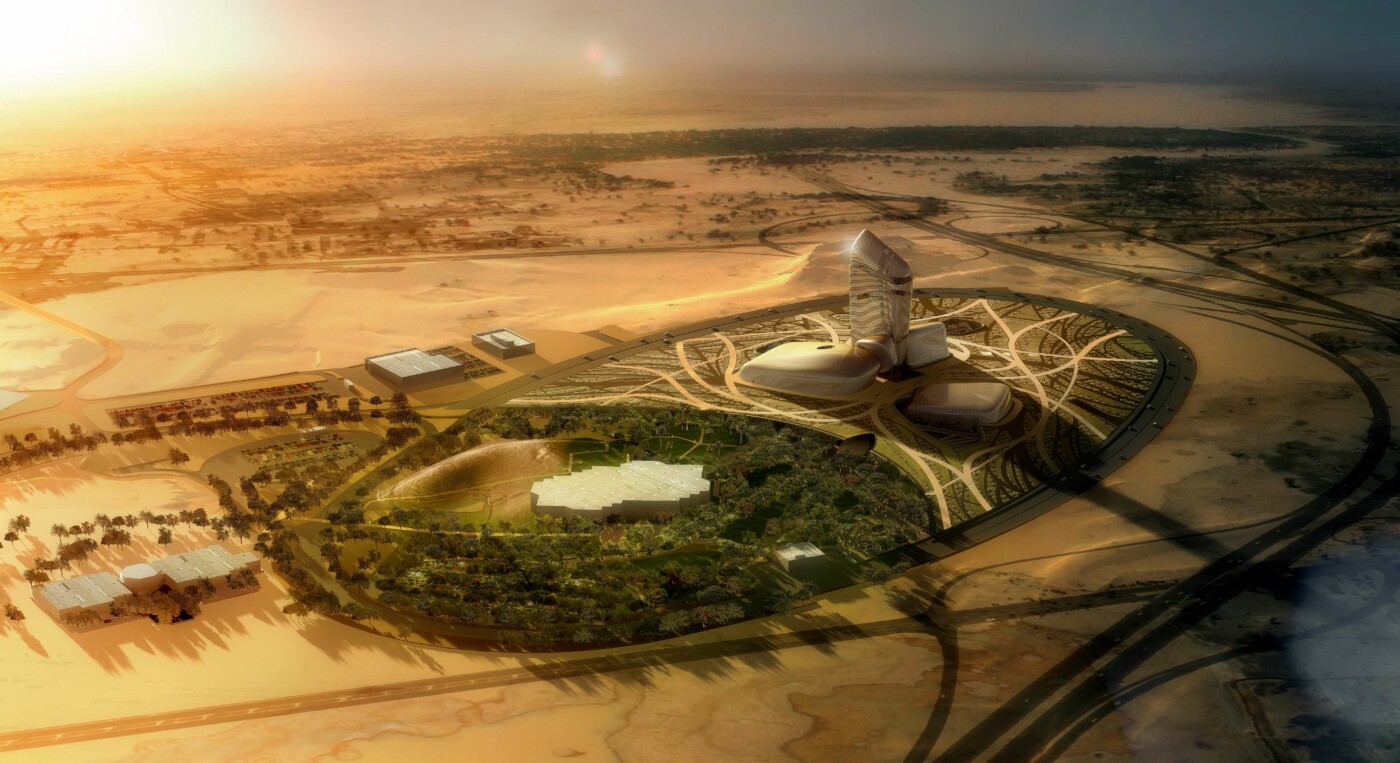 Material choice is particularly important for the air handling units. The interior and exterior of the air handlers are directly exposed to the elements, so they have to be extremely durable. That’s why aluminum is the choice material, it’s durable, has a low weight compared to steel, and will last the life of the building. The owner won’t incur high annual maintenance or be concerned with prematurely having to replace the equipment due to corrosion.

However, the metal itself doesn’t need to corrode in order for problems to develop. If metal plates and joints aren’t able to endure shifts in temperature and humidity, they can warp, causing seams to fail and allowing moisture to enter the system and processed air to escape. The net effect is an inefficient system that has to work exponentially harder to condition the air and that can potentially damage the interior of the building with leaking moisture or pose building control issues.

That’s a compelling argument for using not only aluminum material, but also integrated structural construction. This construction helps maintain the performance efficiency of the system by helping to prevent air leakage and outside contaminants from entering the system. That is what really helps keep utility costs low over the life of the building. In a hot, humid environment like that of Dhahran, that’s obviously very important. 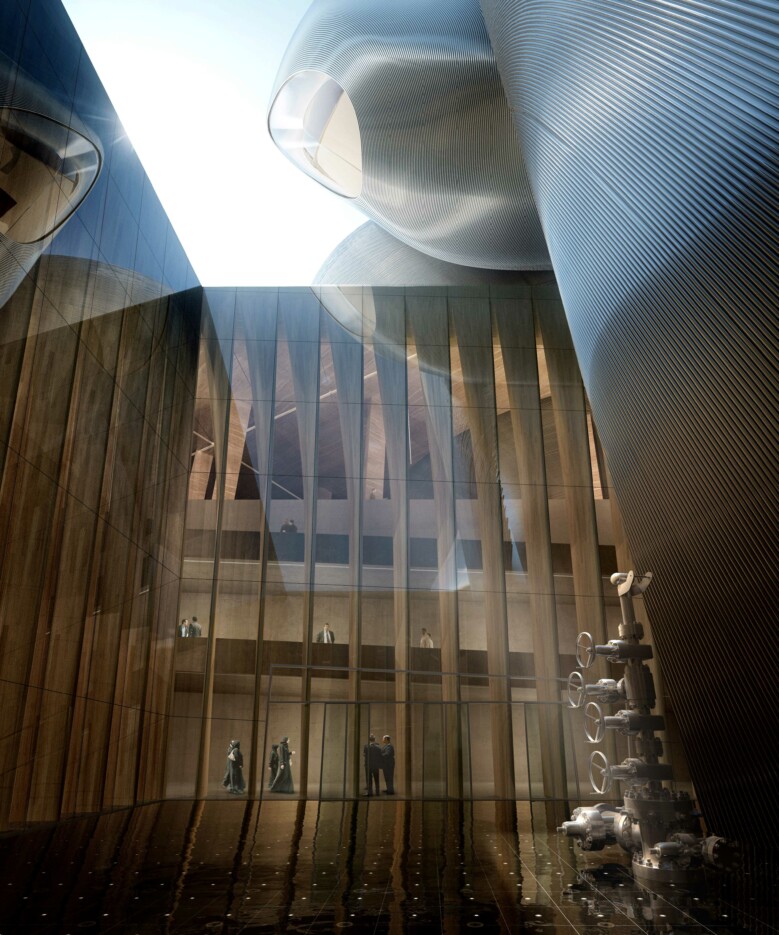 Air Enterprises designed the HVAC system with maintenance in mind. Even with aluminum and integrated construction, the system will need regular upkeep to ensure that it continues to run at its most efficient. That means regularly scheduled maintenance, which, in turn, means building a system that is relatively easy to maintain and control.

Some of the air handlers were configured in an over-under, stacked arrangement that required service platforms to be built into the design so the owner could access and service the equipment on the upper decks of the units. Air Enterprises utilized our collective engineering expertise to design configurations that allowed for relative ease of access, making service as easy as possible for the owner.

Each project is unique, with its own unique challenges, specifications and requirements, Air Enterprises has been designing and installing air handling solutions for nearly 60 years. We’ve had previous experience building and installing equipment in hot and humid environments – in Saudi Arabia, Southeast Asia, and for many pharmaceutical companies in Puerto Rico. With a resume of doing complicated work like this before, even in extreme climates, Air Enterprises was confident in offering and completing a successful project to Saudi Aramco and the people at the King Abdulaziz Center for World Culture.